Madagascar: Discovery of a new pelomedusoid turtle from the Late Cretaceous

A turtle dating from the Late Cretaceous period

In this study, we describe a new species of pelomedusoid turtle from a geological formation in Madagascar otherwise known for its perfectly preserved fossils of birds, dinosaurs, crocodiles and mammals.

The new turtle has an unusually flattened skull combined with a particularly slender lower jaw and enlarged tongue bones (hyoids), which not only gave it a frog-like appearance, but also suggests that it has been adapted for a specialized feed called suction feed.

Suction feeders quickly open their mouths to suck prey underwater, in contrast to other underwater feeding modes in which animals throw their heads forward to catch prey. The new turtle has several changes in its head skeleton that show it was well suited to suction feeding. 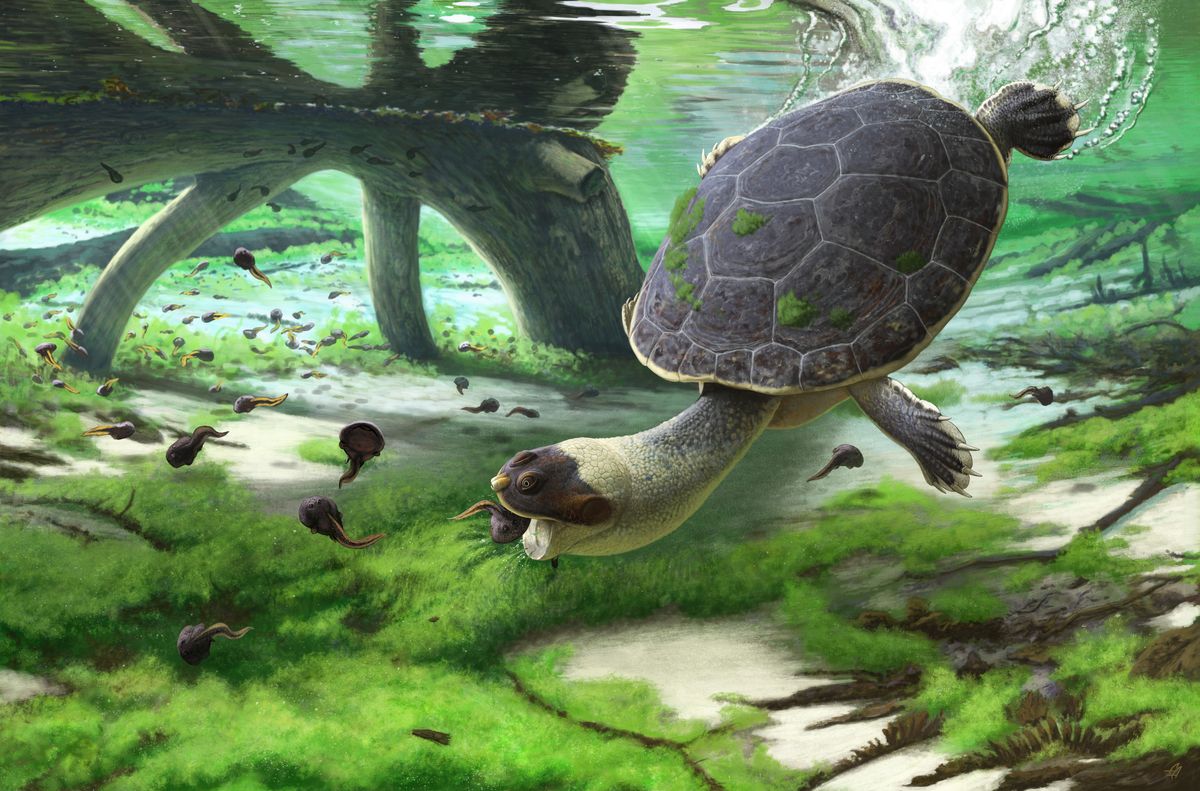 His skull is low but wide, and the jaws are tilted steeply forward, creating a sharply rounded mouth opening that is physically beneficial for creating great suction forces. The tongue bones are heavily developed, which alludes to large muscles that pulled the tongue skeleton back and opened up the esophagus during the strike on the prey, again creating more suction.

As in all modern turtles, the new species does not have teeth, but in addition the surfaces of the upper and lower jaws that face each other are poorly developed, which shows that this turtle did not use its jaws to process. food, but instead swallowed whole preys which is typical of suction feeders.

The peculiarity of the turtle is also its conservation: it is known from an almost complete skeleton, despite its small size, just over 30 centimeters long. Turtle fossils often appear as shells or skulls separated from each other. 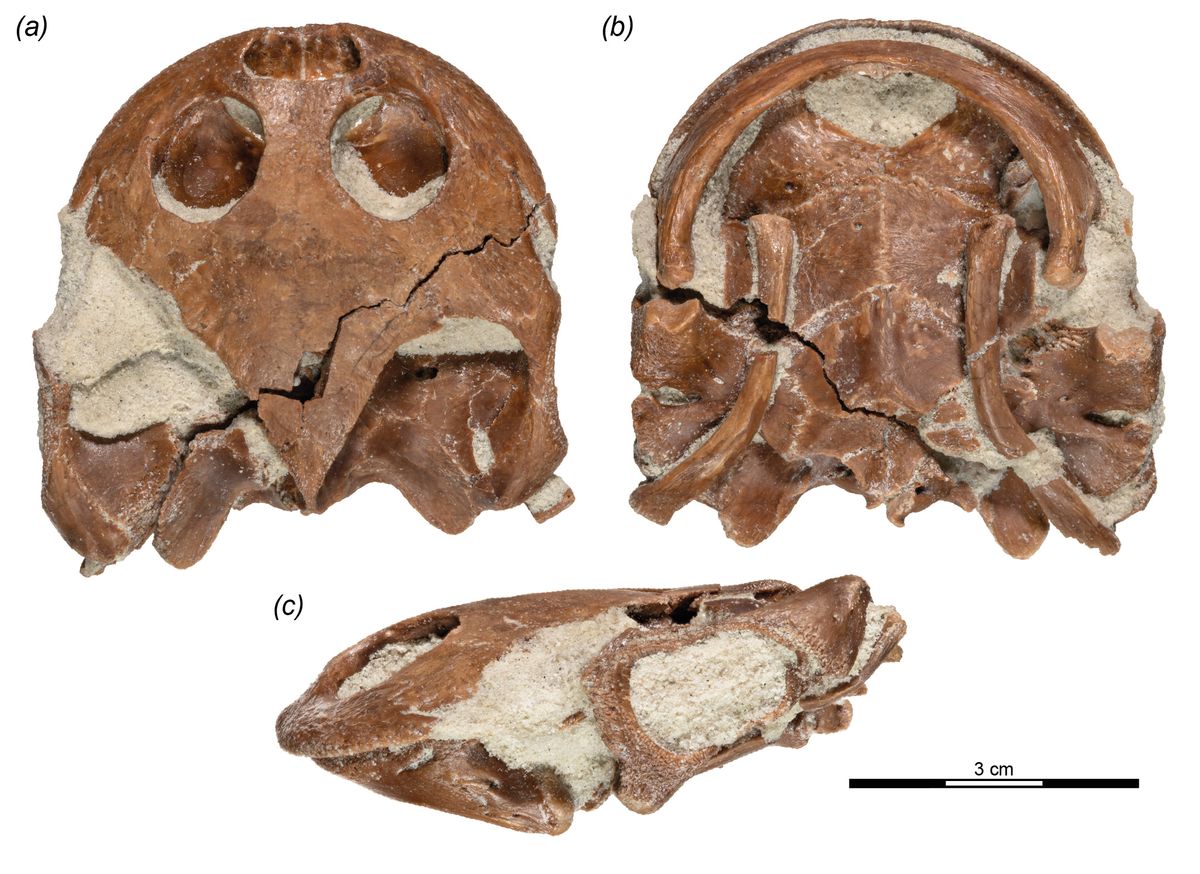 For many extinct turtles, we only have one or the other, but not both. Having a complete skeleton helps us understand the animal as a whole and also allows it to be compared to other turtle fossils, however they are preserved.

Based on these comparisons, we constructed a turtle family tree that shows Sahonachelys mailakvava to be an early parent of podocnemid turtles, which today are native to Madagascar and South America, but were more widespread in the past. 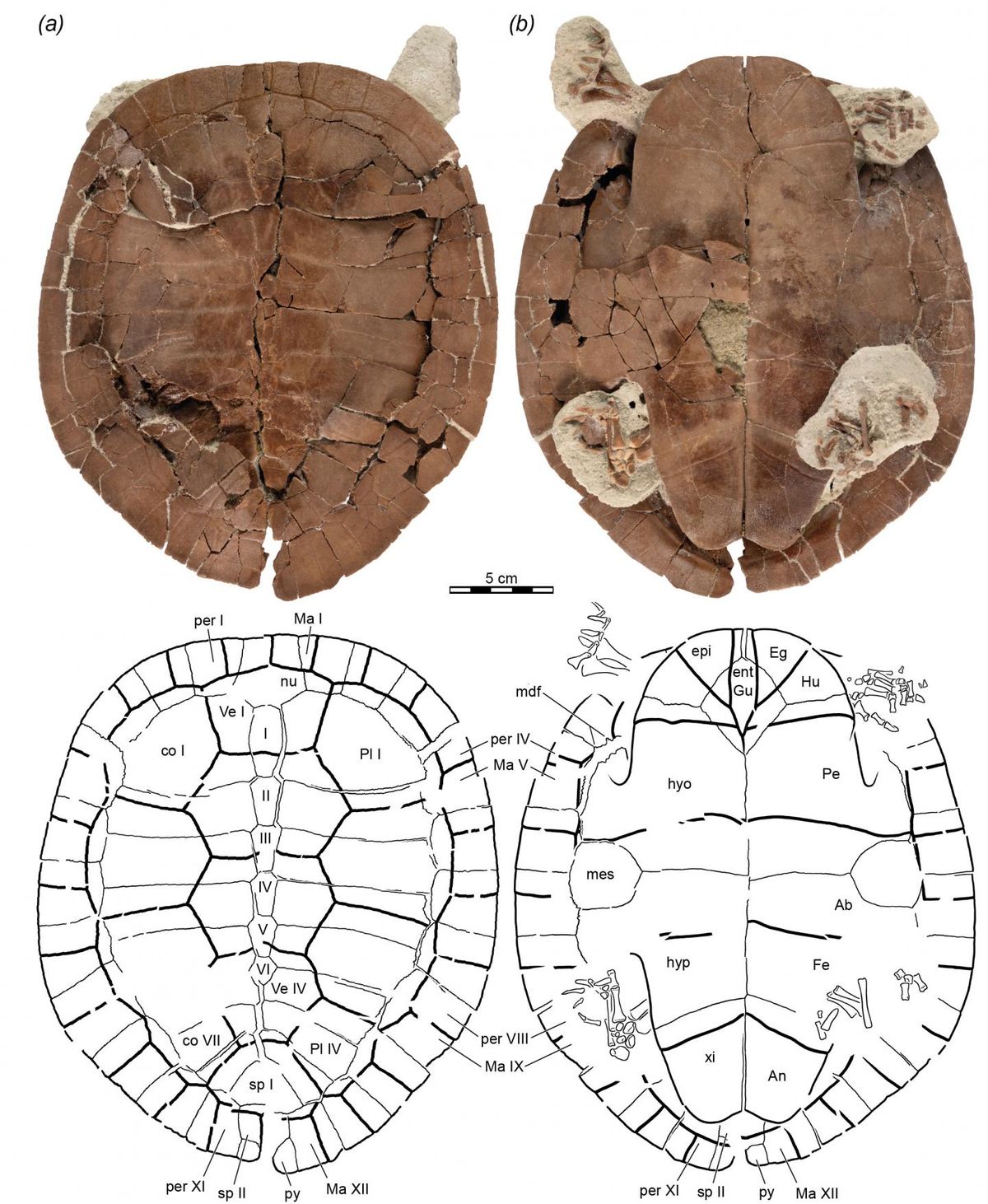 Madagascar’s paleontological fauna is known for its very specialized animals, which is in part due to its long isolation from the surrounding continents. Our turtle shows that the Malagasy fauna was already unique in the Upper Cretaceous: Sahonachelys mailakavava is the only representative of his group to have evolved suction feeding, which is only known from distant relatives, the necked turtles of snake.

“It is the best preserved turtle of all the Upper Cretaceous of the southern continents and, as such, very important in terms of reconstructing its way of life and its relations with other turtles” (Prof. Walter Joyce , first author of the study)

“As paleontologists, we try to understand the biology and evolution of past life. Fossils like this provide a wealth of information that is not always present. The identification of suction feeding in a new line of turtles is exciting and unexpected. It shows how animals develop similar traits for similar functions, even if they are only distant. ” (Serjoscha Evers, study co-author)

“Sahonachelys is an astonishing example of isolated evolution. It represents a lineage that evolved in Madagascar for over 20 million years and joins a plethora of other bizarre Upper Cretaceous vertebrates that we have found on the island. This specimen is, by far, the best turtle fossil we have discovered in 28 years of field research. ” (David Krause, study co-author)