You might think that the words “Freemasonry” and “Madagascar” could never be together in the same sentence, but it seems that even one of the poorest countries in the world is interested in lodges. One wonders why.

When we pronounce the word Freemasonry, then we immediately look at our interlocutor with a certain strangeness. It’s as if your old neighbor suddenly starts dancing naked in the street, singing It’s a wonderful world. In France, Freemasonry has always been a shadow behind the scenes of power.

A cleverly orchestrated mix between the fantasies of the little people who think of individuals pulling the strings behind the scenes and who know the important personalities of political and economic power. But it is quite strange that Freemasonry, endowed with this typically Western aura, can exist in Madagascar.

And yet, there is Freemasonry in the Big Island. And it is not a sinful individual or almost or a group of conspirators, making anonymous lives on Facebook that teaches us. It is the newspaper Midi Madagascar, a reputable organ of the local media landscape, which quietly gives us this information (in french).

We even have a lodge with the Grand Lodge of Madagascar (GNLM) and in 2017, Madagascar even organized the 15th world conference of Freemasonry (in french). Given its colonial past, Madagascar has a long tradition of Freemasonry, it is the French colonists who brought (in french) it and it has remained, being perpetuated from generation to generation. 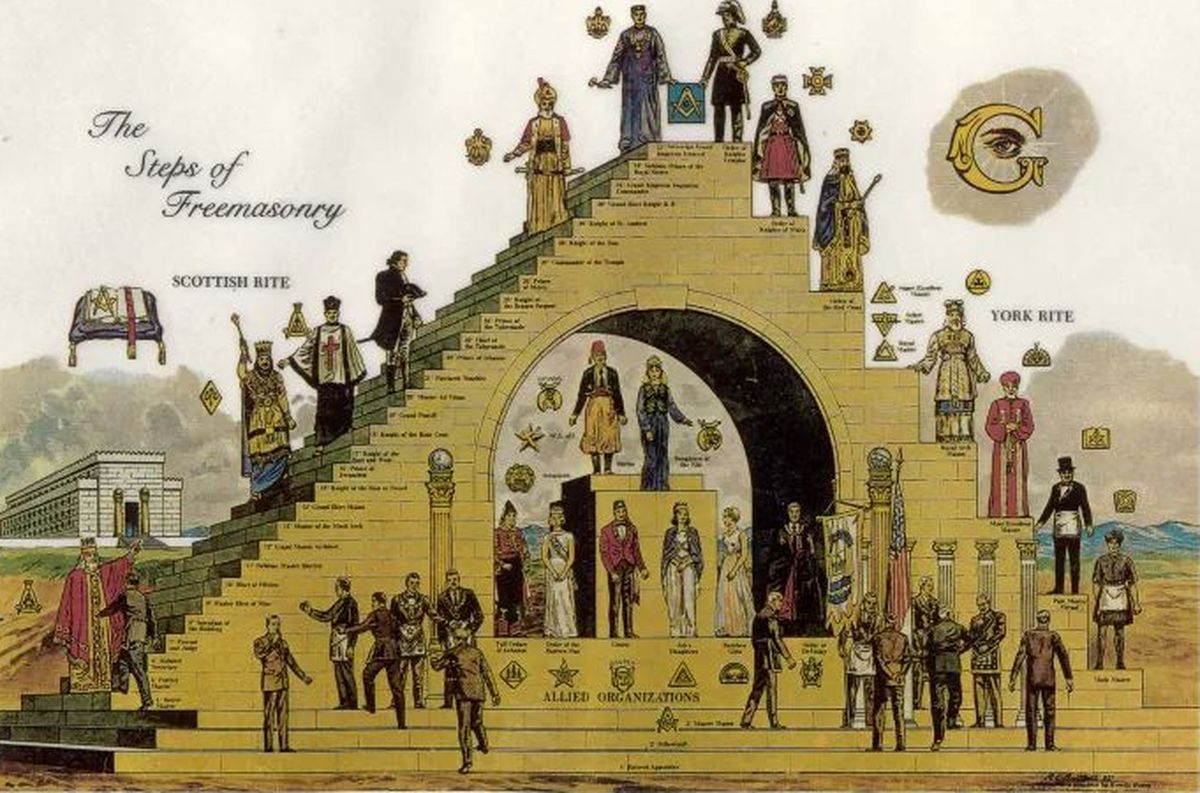 And so, Midi Madagascar tells us that there were two “secret” meetings of Malagasy Freemasonry which were held at the International Conference Center of Ivato and a new Grand Master was appointed in the person of Christian Razafindrakoto. What was interesting is that the Center was completely banned for “the uninitiated” during these meetings, which is understandable for this type of organization, but since the building is completely glazed, so they dared to put curtains black so that we do not see what is happening inside!

It is certain that this does not remove the slightest suspicion of what is happening in this small bourgeois world between economic operators and political actors. We also learn that Freemasonry has up to 1000 members in Madagascar and that it has continued to grow in recent years.

The proof is the construction of a temple on the Mantasoa side. What I find funny is that this type of organization doesn’t even hide anymore. There is a growing crystallization with the pandemic in Madagascar, especially with regard to vaccination. Thus, on “ultra-mega reliable” sources on Facebook, we learn that Freemasonry would have forced the hand of the Malagasy government to vaccinate its population with the Astrazeneca vaccine (from the beginning, I feel that this name is Freemasonrish).

It is more likely that it was the IMF and other organizations that would have forced the hand of the government in exchange for international aid, as the vaccine is increasingly banned in other countries and given the figures of mortality and the number of cases, we are not going to cry slaughter either. On the number of deaths per 100,000 inhabitants, we are among the best countries in the world with 2.58 deaths per 100,000 inhabitants. While France is around 158, England is at 191 and United States is around 176, three countries that have massively vaccinated …

Freemasonry is always going to provoke a wave of fantasies among the little people, but we don’t need this type of organization to throw plots in our face. Pharmaceutical companies, corrupt atheist doctors and scientists are more than enough.

Madagascar is a land of extreme beliefs, because we respect everyone more or less. American evangelism has flourished tremendously in recent years, and one need only see the New Churches appearing on every street corner that overshadow Catholicism and Protestantism. There is also Islam fundamentalism, the advent of Wahhabism (in french) which was able to penetrate the hearts of the poorest during the transition regime.

One should not worry about the presence of Freemasonry. However, what is worrying is that this type of organization stems directly from the French colonial heritage and that today, economic operators and political actors still wear loose clothing with bizarre symbols to pass initiation rites of another age while promoting the sovereignty of the country in all areas.

This is especially what should worry us.