Mulan, the most pirated movie in history?

Mulan’s piracy figures show it’s one of the most pirated movies in history. A success specific to the film, but also a decision on the part of Disney for Disney+.

Mulan shows us that piracy hasn’t ceased to amaze us. Torrent Freak used the I Know site which compiles download statistics on a lot of content, mostly movies. And despite the ambient sinophobia, it’s safe to say that Mulan is a planetary success and he crushes The Lion King from last year. Every year the Box Offices are still heavily “downloaded in alternative manners”, but Mulan smashes all records.

The Chinese dominates the world

Chinese Heroine has 900% higher download rates than the second most pirated movie, The Owners. You might think that Disney’s marketing has worked as usual, but there are two more reasons for this unprecedented craze. The first is Disney’s decision to premiere Mulan on its online platform. It is very difficult, if not impossible to see Mulan in theaters in Europe and the United States.

The distribution of torrent downloads for the movie Mulan

But this exclusivity comes at a cost. Because in addition to your monthly subscription (around 7 euros), you will have to pay a kind of digital ticket to see the film. The price varies for each region, but in the US it is $ 30. According to Disney, that’s equivalent to an expense to go to the theaters. You have the ticket price, food and drink and gas to go.

However, this destroys movie theaters, as the $ 30 previously was spread across different sectors of the economy. So here it all goes into Disney’s pocket.

High definition from day one

So, many people preferred to download illegaly Mulan, because paying 30 dollars for a streaming movie is like going back to the sad days of Minitel. Also in piracy, the most recent movies always have a very poor quality. Because they are often recorded pissing with a shitty camera. You have to wait for the DVD or Blu Ray release to have something acceptable. But since the pirated version comes straight from Disney+, then you have sparkling quality from day one. So the difference in quality no longer justifies buying the DVD or going to the movies. 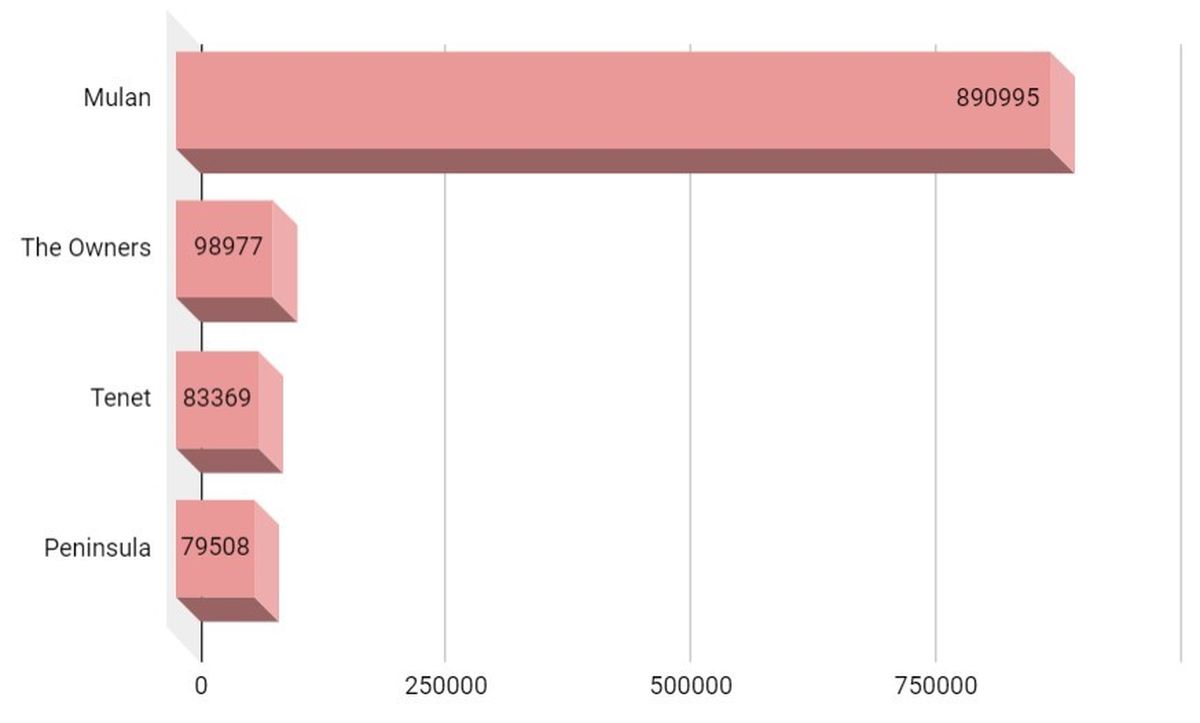 Disney probably didn’t expect such a furious piracy for Mulan. And you might think he’s green with rage. However, it can also encourage people to subscribe on Disney+. HBO has gained most of its new subscribers thanks to the massive Games of Throne piracy. Disney+ has a monstrous catalog of content, vastly superior to Netflix, and if it takes some “downloads in alternative manners” to win the streaming battle in the long run, then it’s ready to take some losses.

And losses is one way of speaking. To get into its costs, Mulan will have to be bought in streaming, only by 24% of current subscribers who are around 60 million. The film’s production and marketing cost $ 350 million. 24% of subscribers will pay to see it and Disney will already start making a profit. And again, while the profit, in numbers, is less compared to a theatrical release, 100% will go into Disney’s pocket. So Disney+ wins on all fronts.