Microsoft Flight Simulator 2020, too expensive to be true

Microsoft Flight Simulator 2020, scheduled for release on August 18, 2020, will be the most successful game of its generation. But too expensive for the majority.

Microsoft Flight Simulator 2020 produces strange feelings among flight simulator aficionados. “Exceptional”, “Out of proportion”, “Unheard of” and you would think these are usual marketing terms for any game that comes out, with gaming’s medias whose independence is in the abyss. But it’s not that they’re wrong, but they’re still a long way from the truth.

Microsoft Flight Simulator 2020, the absolute point of reference for the next 10 years

That is to say that its direct competitors like X-Plane or a Digital Combat Simulator World (DCS) will have to whip almost until 2027 or even 2030 to arrive at the technological sole of Microsoft Flight Simulator 2020. 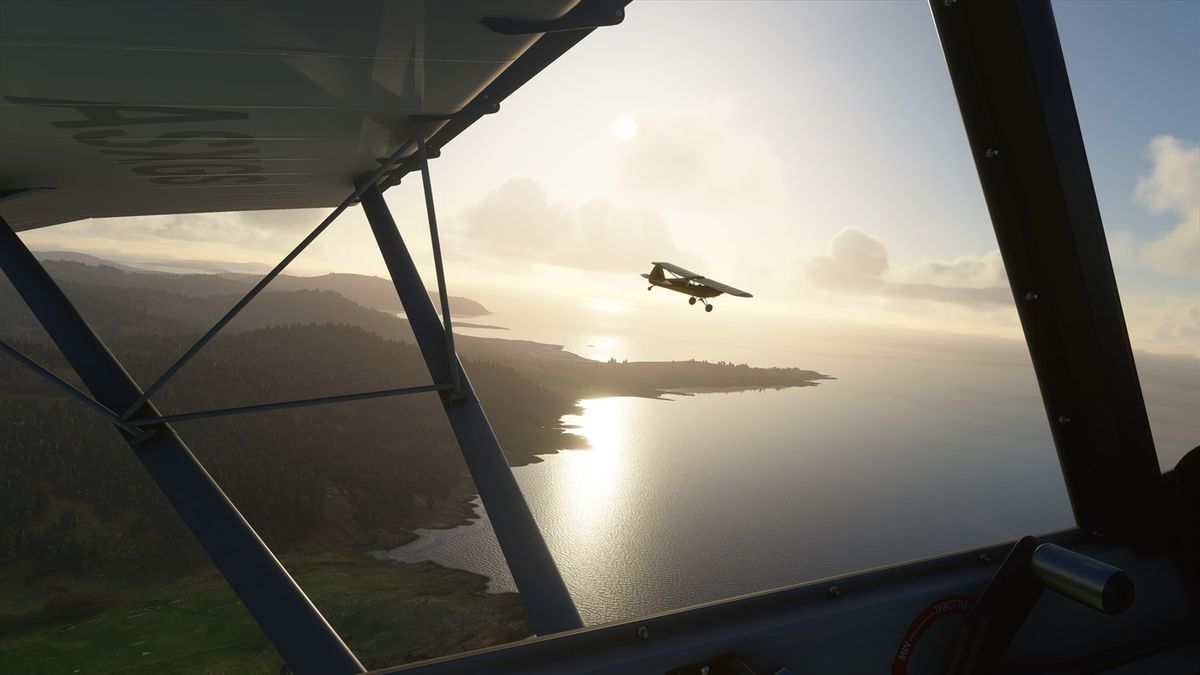 The clouds, the lights of the sun, those of the buildings lit in the night, the road traffic, the trees, everything is transcribed to perfection. Microsoft Flight Simulator 2020 recreate the entirety of our beautiful planet to an unprecedented level of detail and which may be THE game of flight simulators for the next decade. It is estimated that on Earth there are 3 trillion trees, in Microsoft Flight Simulator 2020, 2 trillion trees have been modeled.

But Microsoft Flight Simulator 2020 is reaching insane levels of realism with two new pillars in this game. The first is the use of photogrammetry, which involves modeling objects from dozens of different points of view. The biggest cities in the world like Paris, New York, Los Angeles have been modeled entirely with photogrammetry.

Most of the objects you will see from your cockpit are volumetric. That is, clouds are real clouds and you can dive into them. The scale is 5 centimeters per pixel, which gives you an idea of ​​the possible immersion. The second pillar is also brilliant. Because photogrammetry is great for modeling major cities, but what about the rest ?

Microsoft and Asobo used satellite images from Bing to get as detailed a map as possible. Then, they created a machine learning algorithm to create 3D houses and buildings using these images. And the result is stunning, because most of the buildings are as realistic as possible. And they’re also volumetric, because you can crash into them (for the most part).

Microsoft Flight Simulator 2020 is too expensive for most of us 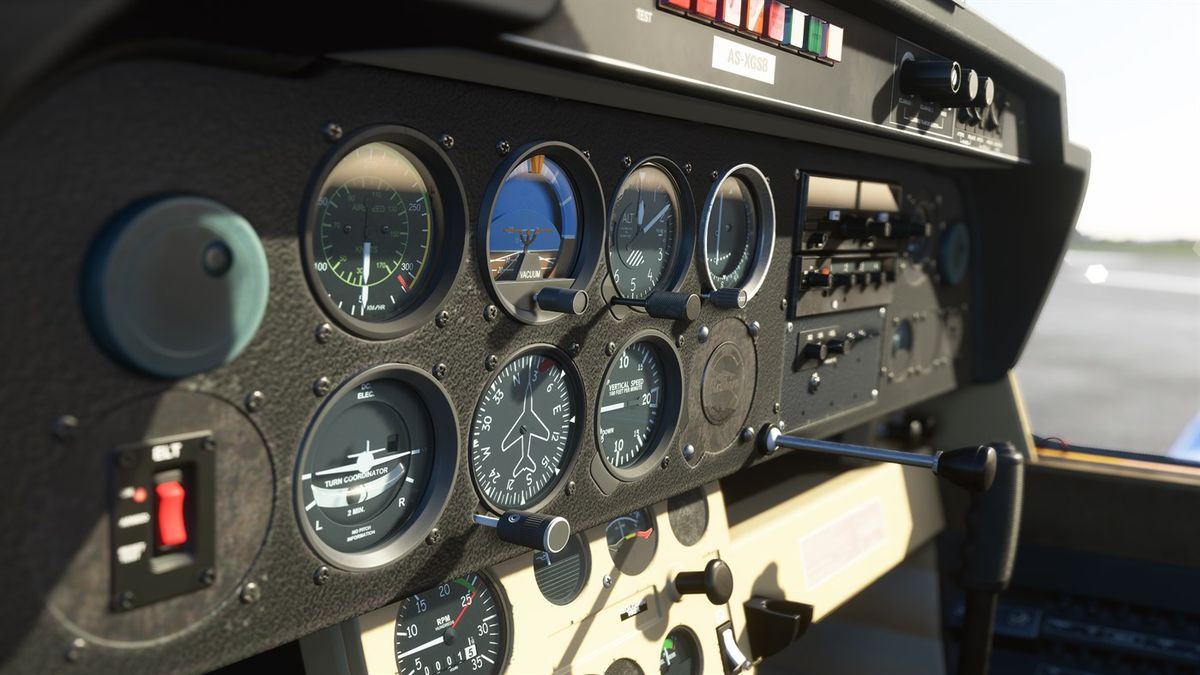 Flight Simulators have always been performance pits. You always needed the most powerful computer to be able to play them properly. And let’s say that Microsoft Flight Simulator 2020 pushes the plug to the point of overflow since it will not be enough for a “gaming PC”, but it will take a PC which is 10 times powerful. This is why, despite the fact that many reviewers have been on Microsoft Flight Simulator 2020 for 6 months in the alpa and beta phase for a few weeks, it is forbidden to show gameplay in real time.

You can capture games and put them on Youtube, but it is forbidden to make them for Live, for example. Because if the reviews become are out, then we would immediately see that this game is an absolute pit of performance.

But in the videos and the reviewers’ explanations (in french), the configuration close to reality will be a Core i9, 32 GB of RAM and an Nvidia 2080. Which makes a PC around 3,000 to 4,000 dollars. In addition, you will need to add fiber optic bandwidth to be able to play on all maps. You can play offline, but to your 4 000 bucks, you’ll need to add one or two hard drives with a few terabytes in rab. It won’t be too much.

When it was released in 2007, Crysis blew the world away with its special effects and realism. And we weren’t buying Crysis to play FPS, but to say that “my PC is enough powerful to run Crysis”. It’s a game that has become a benchmark for determining the performance of a processor and graphics card. And Microsoft Flight Simulator 2020 is well on its way to being the ultimate Benchmark for the next 10 years across the board.

The configuration with a Core i9 processor, 32 GB of RAM and an Nvidia 2080 will be enough to run Microsoft Flight Simulator 2020 in the most ultra details in 1440 pixels. At this level of excess, you’ll have between 20 and 30 FPS when you fly over the most complex cities, but also the most sublime. Don’t expect 60 FPS, it’s just impossible. And what’s even more interesting is when you lower the resolution or the level of detail, the FPS doesn’t go up that much.

This means that Gameplay and all other calculations are still going to eat up that much resource, even if you’re playing at low resolution. However, the stability of Microsoft Flight Simulator 2020 is exemplary, because when we say 20 or 30 FPS, the game remains fluid in most cases.

And 4,000 dollars more with virtual reality

Microsoft Flight Simulator 2020, which will be released on August 18, 2020, is closer to an final beta. But there will be gaps in the Gameplay that will arrive in the months that follow. And obviously, Microsoft has announced virtual reality for this game, in particular the support of the Reverb G2 headset by HP which will offer a resolution of 2160 x 2160. And since it is an overpowered headset, it will still be necessary to beef more the PC.

It is not known if Microsoft Flight Simulator 2020 will be better on AMD Ryzen that play on multi-core. Because latencies and slowdowns in this game are often caused by the Bottleneck of Intel processors which are still using a 10 or 12 nanometer process. It might be interesting if Ryzen could give us better performance.

But anyway, Microsoft Flight Simulator 2020 is a game for very rich people, people who can shell out around $ 4,000-6,000 for a PC that borders on indecency in its performance, but for such flight simulator, real enthusiasts will spend lavishly, because Flight Simulator 2020 makes the childhood dream of many of us come true when they answered “they wanted to be a pilot when they grew up”.

Understanding the political and ideological issues against electronic cigarettes

Vaping is a smoking cessation tool, but it is under attack from all sides. If you think electronic cigarettes are dangerous or don’t work, then this book will change your mind.