The results of a new study examining human and canine brain cancer cells suggest that cannabidiol may be a useful therapy for difficult-to-treat brain cancer. Cannabidiol, or CBD, is a non-psychoactive chemical compound derived from marijuana.

The study looked at glioblastoma, an often fatal form of brain cancer that grows and spreads very quickly. Even with major advances in treatment, survival rates for this cancer have not improved significantly.

“More research and treatment options are urgently needed for patients with brain cancer,” said Chase Gross, a student in the Doctor of Veterinary Medicine / Master of Science program at Colorado State University. “Our work shows that CBD has the potential to provide an effective and synergistic treatment option against glioblastoma and that it should continue to be studied vigorously.”

Dr. Gross was scheduled to present this research at the annual meeting of the American Society for Pharmacology and Experimental Therapeutics. Although the meeting, which will be held in conjunction with the 2020 Experimental Biology Conference, was canceled in response to the COVID-19 outbreak, the research team’s summary has been published in the FASEB Journal. 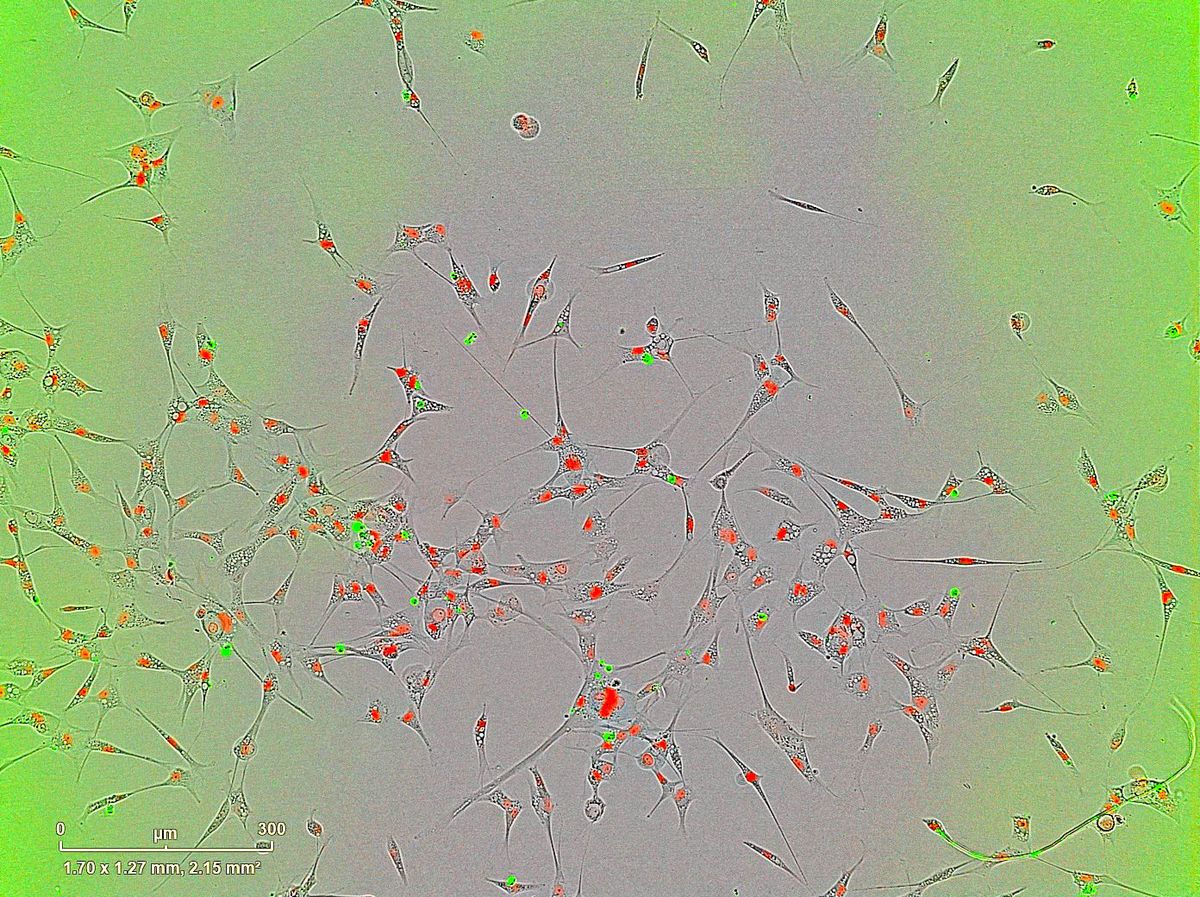 Dr. Gross and his colleagues looked at human and canine glioblastoma cells because the cancer has striking similarities between the two species. They tested the effects of CBD isolate, which contains 100% CBD, and CBD extract, which contains small amounts of other natural compounds such as cannabigerol and tetrahydrocannabinol, or THC.

“Our experiments have shown that CBD slows the growth of cancer cells and is toxic to canine and human glioblastoma cell lines,” Mr. Gross said. “Importantly, the differences in anti-cancer effects between isolate and extract of CBD appear to be negligible.”

The new work has revealed that the toxic effects of CBD are mediated through the cell’s natural pathway for apoptosis, a form of programmed cell death. The researchers also observed that CBD-induced cell death was characterized by large, swollen intracellular vesicles before the membrane began to swell and break down. This was true for all cell lines studied.

Researchers believe that the anti-cancer actions of CBD target the mitochondria, the energy-producing structures of the cell, causing mitochondria to malfunction and releasing harmful reactive oxygen species. Their experiments showed that cells treated with CBD showed significant decreases in mitochondrial activity.

“CBD has been zealously studied in cells for its anti-cancer properties over the past decade,” Mr. Gross said. “Our study helps complete the in vitro puzzle, allowing us to move forward in studying the effects of CBD on glioblastoma in a clinical setting using live animal models. This could lead to new treatments that would help both people and dogs with this very serious cancer. ”

Next, the researchers plan to switch from cell cultures to animal models to test the effects of CBD on glioblastoma. If animal studies go well, work could progress towards clinical trials in dogs treated for natural glioblastoma at the University of Colorado Veterinary Teaching Hospital.

Understanding the political and ideological issues against electronic cigarettes

Vaping is a smoking cessation tool, but it is under attack from all sides. If you think electronic cigarettes are dangerous or don’t work, then this book will change your mind.